I am so damned proud of this stack of paper. You might be thinking, “C’mon, Jessi. You write novels, and it’s a novel. Why is this one standing out?” This one is standing out first because it’s poignant. It’s got a mix of mythologies, generation gaps, Southern flavor, fights to embrace sexual and racial identities—all while packed with laugh-until-you-hurt moments. 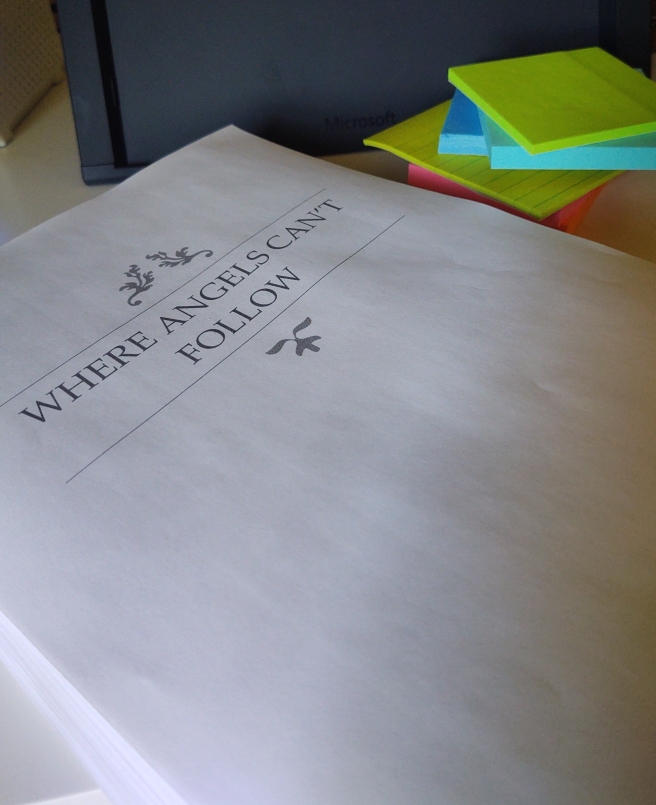 But I’m also damned proud because I had so much trouble getting back to this novel to edit it after I wrote it. I worked on it while I was in a very abusive relationship, one that culminated in nightmarish domestic violence. It’s not an autobiographical novel at all, but I wrote it in spite of my circumstances. And everything created in that time felt touched by it. I remembered what I was going through when I penned different scenes, when I tried to edit and stopped.

I am proudest because I have taken my novel back. You can’t see it, but I know I not only had to write it, I had to wrest it from an abyss of panic, anxiety, and doubt. My abuser does not get a book, much less the best one I’ve written so far. I want to share it with you all far too much. I’m living with this stack of paper for now, putting on finishing touches and recording audio soon. You’ll get a native Southerner for the drawl of New Orleans! And I am excited to share both the drawl and the story.